Home
Homesteading
Who Were the Pioneers?

Trailblazer. Settler. Explorer. Homesteader. Each of these terms is a synonym for pioneer. Throughout history, there have been many pioneers with rich stories to tell who have helped shape our lives. People from many different backgrounds, countries, and nationalities have led the way west and blazed a trail for others to follow.

Pioneers represented an amazing diversity of cultures and backgrounds. Take for example, Narcissa Whitman. She was one of the first women to pioneer the Oregon Trail on foot. Narcissa and her family settled in Washington State and helped minister to the Cayuse Indian tribe.

At the age of 14, young pioneer Mary Martha Wanlass was determined to bring her family from Missouri to Utah to be with the Mormon Saints. After Mary’s father suffered a severe stroke and her stepmother passed away, Mary was left to raise her four siblings alone and bring her entire family across the plains in 1863 to Lehi, Utah.

An African American pioneer by the name of James Beckwourth was born into slavery. After being freed from slavery, James joined fur trapping expeditions and played a major role in pioneering the Rocky Mountains.

These are just a few examples of pioneers. Each of us has a family history that is rich with stories of those who helped to prepare the way. By researching and connecting to your own family, you can find your own ancestors and learn of their pioneering journeys.

An amazing number of pioneers traveled west. Historians estimate that about 500,000 people followed trails like the Oregon Trail, California Trail, and Mormon Trail. Many travelers journeyed in companies, while others did not.

The first pioneer company to travel across the entirety of what was to become the Oregon Trail was the Wyeth–Lee Company. Nathaniel Wyeth (1802–1856) was very knowledgeable about western landscapes and tribes and suggested routes west as he set out with his first party of about 50 people. 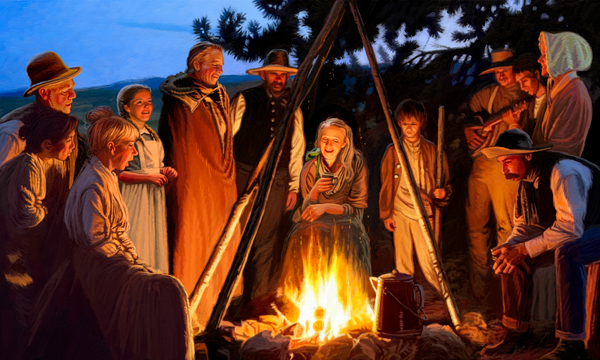 Many pioneers traveled the California Trail during the years of the California Gold Rush, but the trail was first used by immigrants such as the Bartleson–Bidwell party, who journeyed west in 1841. This party originally numbered more than 60 members and was the first wagon company to cross what is now Utah.

Over 200 Mormon pioneer companies traveled the Overland Trail during the period 1847–1868. Some companies had as few as one person, while others had over 500 pioneers.

Life on the Trail

With trails spreading out across the United States, pioneers traveled hundreds and even thousands of miles through undeniable hardship and danger. Pioneer journals and histories give us a close look at what life was truly like for so many individuals who headed west.

From the story of Mary Martha Wanlass, a 14-year-old pioneer who led her family across the plains:

“By the time they were able to continue their journey, they were so far behind, they never did catch up with anyone. The three small children were placed on the backs of oxen and the nine year old boy acted as the pilot. . . . Day after day they trudged over the country, meeting lawless men who had deserted both armies and were foraging for themselves. They pushed on until the last settlement was left behind and nothing but a treeless and trackless wilderness lay before them.”1 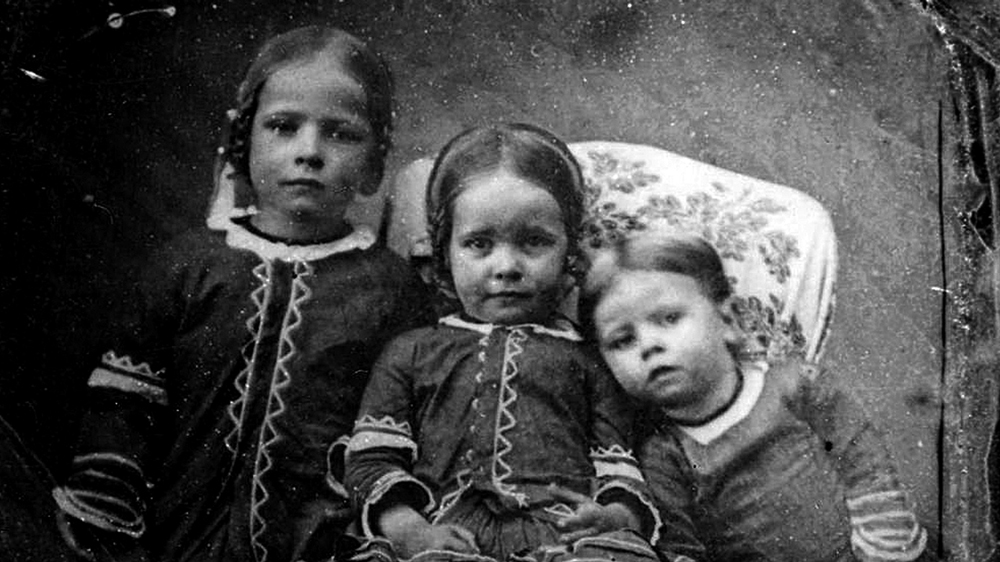 In her journal, Narcissa Whitman wrote:

“In the morning as soon as the day breaks the first that we hear is the words, ‘Arise! Arise!’—then the mules set up such a noise as you never heard, which puts the whole camp in motion.

“Girls, how do you think we manage to rest ourselves every noon, having no house to shelter us from the scorching heat, or sofa on which to recline? Perhaps you think we always encamp in the shade of some thick wood. Such a sight I have not seen, lo, these many weeks.”2

Some pioneers traveled in covered wagons, or “prairie schooners,” while others pulled handcarts and completed the journey on foot. Life on the trail was not easy. Many faced family deaths to sicknesses such as cholera, measles, and smallpox. Starvation, harsh weather conditions, and travel accidents were common and took their toll, no matter which trail pioneers chose to travel or how carefully they prepared.

Still, some pioneers took on the challenges of the West with a surprising amount of gusto. James Beckwourth recorded many adventures of capture and adoption by an Indian tribe and meeting such famous men as Jim Bridger and Jedediah Smith. His autobiography was passed on, and although his yarns may have been in some part exaggerated, many of his tales have confirmation from other sources.3

While the journey westward was long and full of challenges, pioneers found ways to enjoy themselves with creative games and activities. Many games and toys were homemade and carved from wood.

You can find many sources describing pioneer activities. If any of the games below look fun to you, read the full instructions in this collection of pioneer pastimes from Historic Nauvoo. 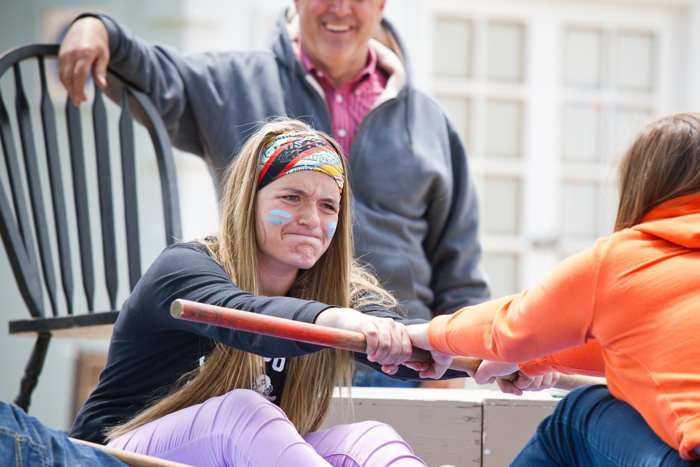 Bean Bag Double Can: Toss a bean bag from one can to another on opposite ends of a stick.
Graces: Catch a flying hoop on your stick before it hits the ground.
Paddle Ball with Holes: A ball is attached by a string to a paddle. The goal is to get the ball into the holes in the paddle.
Fox and Geese: A pattern game, where the object is to eliminate all marbles from the board.
Climbing Bear: A wooden bear is attached to two strings and suspended in the air, and the goal is to get the bear to the top of the strings.
Gee Haw Whammy Diddle: Wooden dowels create a propeller that spins in the air.
Stick Pull: Two people compete in a game of strength to see who can pull the stick hard enough to unseat the other.
Whirly Gig: A round wooden circle is attached to string. By pulling the string, the wooden circle moves back and forth like a saw.

Pioneers also spent time cooking. Their ultimate goal was to have food that would last for days without waste. The following pioneer recipes are some that perhaps could have been found along the Oregon Trail.

Despite the sacrifices and trials they faced, many pioneers continued their journeys with faith and determination in hopes of creating opportunities for themselves and future generations. Do you have pioneers among your ancestors? Search for your relatives in collections of pioneer records like these to piece together their stories:

If you have a FamilySearch Family Tree, learning about your pioneer heritage can be even easier with FamilySearch tools. With a little family history exploration, you can find pioneers with remarkable, inspiring stories among your very own relatives.