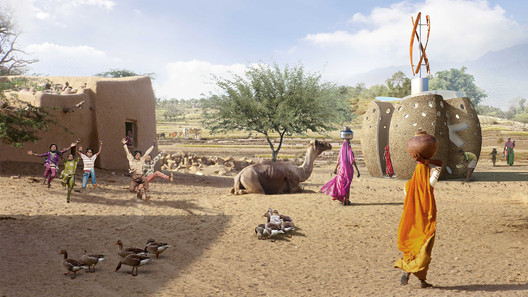 In support of World Toilet Day on November 19, SPARK Architects launched their prototype for a 3D printed toilet module titled, “Big Arse Toilet” alongside a slogan stating that “Sparks gives a sh*t.” Though the pun-filled humor is definitely attention-grabbing, the project tackles serious issues of hygiene and sanitation as part of the UN initiative to eliminate open defecation by 2025. With the perpetuating cycle of malnutrition, disease, and poverty, poor sanitation is the leading cause in nearly a third of the deaths in low- and middle-income regions in several countries such as India. 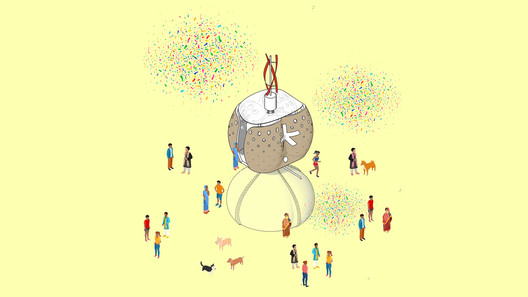 Aiming for a cost-effective design, the devices are created from a mixture of processed bamboo fiber and gum resin. This is also more sustainable and light-weight than typical plastic and cement printing. The modules are secured on top of a 3D printed reinterpretation of the traditional biogas dome that uses human, animal, and vegetable waste to generate and store gas. This component is buried underground with the CHP unit to create electricity. 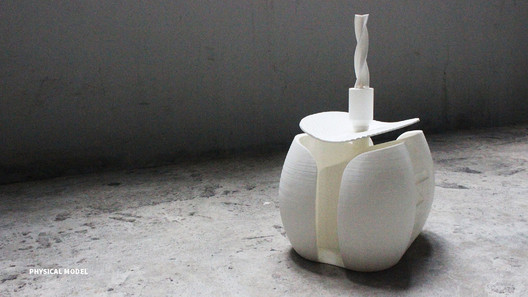 Furthermore, the monocoque shell of the toilet along with the toilet bowl and basin are printed as a singular surface within the toilet cubicle, reducing the assembly components. Depending on the local context and built environment, the exterior shell can be finished with a range of site-appropriate materials – in this case, local mud. Since the complete assembled toilet and biogas dome system can be flown in using drones, there are no issues with accessing or distributing to remote communities.

Energy scarcity is not a new problem; almost 13% of the global population lacks access to electricity. However, having a lifespan of ten years, the biogas dome can generate electricity to power a small community of eight dwellings. In a statement from the firm, they share the potential of the design:

The [project] has been developed to highlight the fact that not enough is being done to provide solutions for vulnerable individuals that are worst affected by lack of access to the level sanitation most take for granted. Our proposal could help prevent disease and assist in community development by lifting barriers faced particularly women in rural communities. The toilets were designed for India but could be used elsewhere in the world. We are in the process of applying for funding to further develop and engineer our own models and prototypes.

By utilizing a percentage of their profit to fund projects “to support social and environmental initiatives that are being ignored by the architecture industry,” SPARK Architects develop provocative but feasible proposals such as the integrated vertical urban farming with retirement housing project in Singapore. Though it seems like something most people take for granted, several individuals don’t have access to proper sanitation and this proposal highlights a unique way to change that.