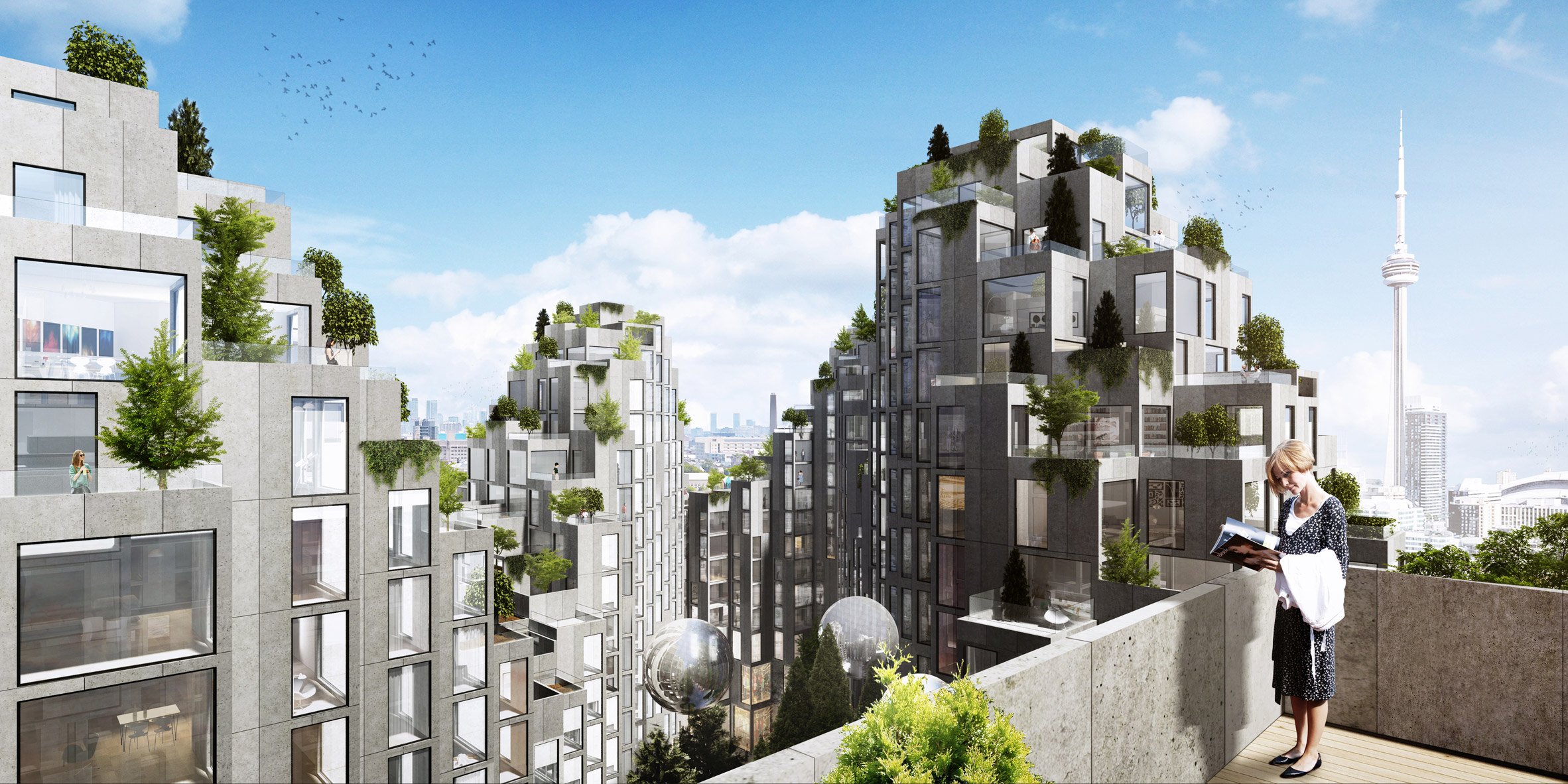 Its design by Bjarke Ingels‘ firm BIG comprises stacks of cubes, arranged in an undulated form that creates a series of “peaks and valleys”.

The studio looked to Canadian-Israeli architect Moshe Safdie’s seminal Habitat 67 project, which is similarly made up of box-like modular units. Ingels referred to his Toronto building as “Habitat 2.0” in an Instagram post when it was first unveiled. 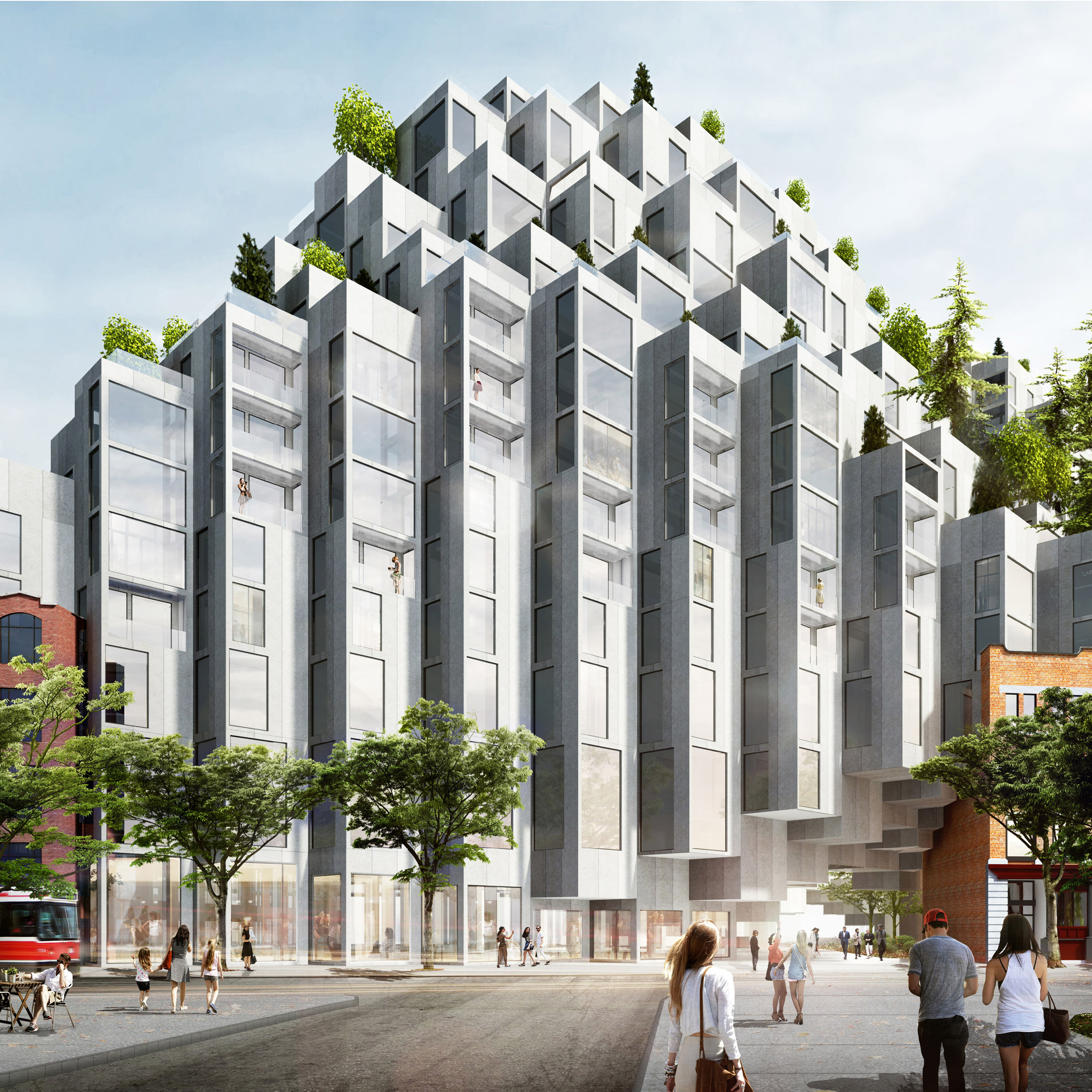 “With King Street West, we wanted to find an alternative to the tower and podium you see a lot of in Toronto and revisit some of Safdie’s revolutionary ideas,” said Ingels in a recent statement. “But rather than a utopian experiment on an island, have it nested into the heart of the city.”

The 613,543-square-foot (57,000-square-metre) King Street West project is set to be built along its namesake thoroughfare, between Spadina Avenue and Portland Street. 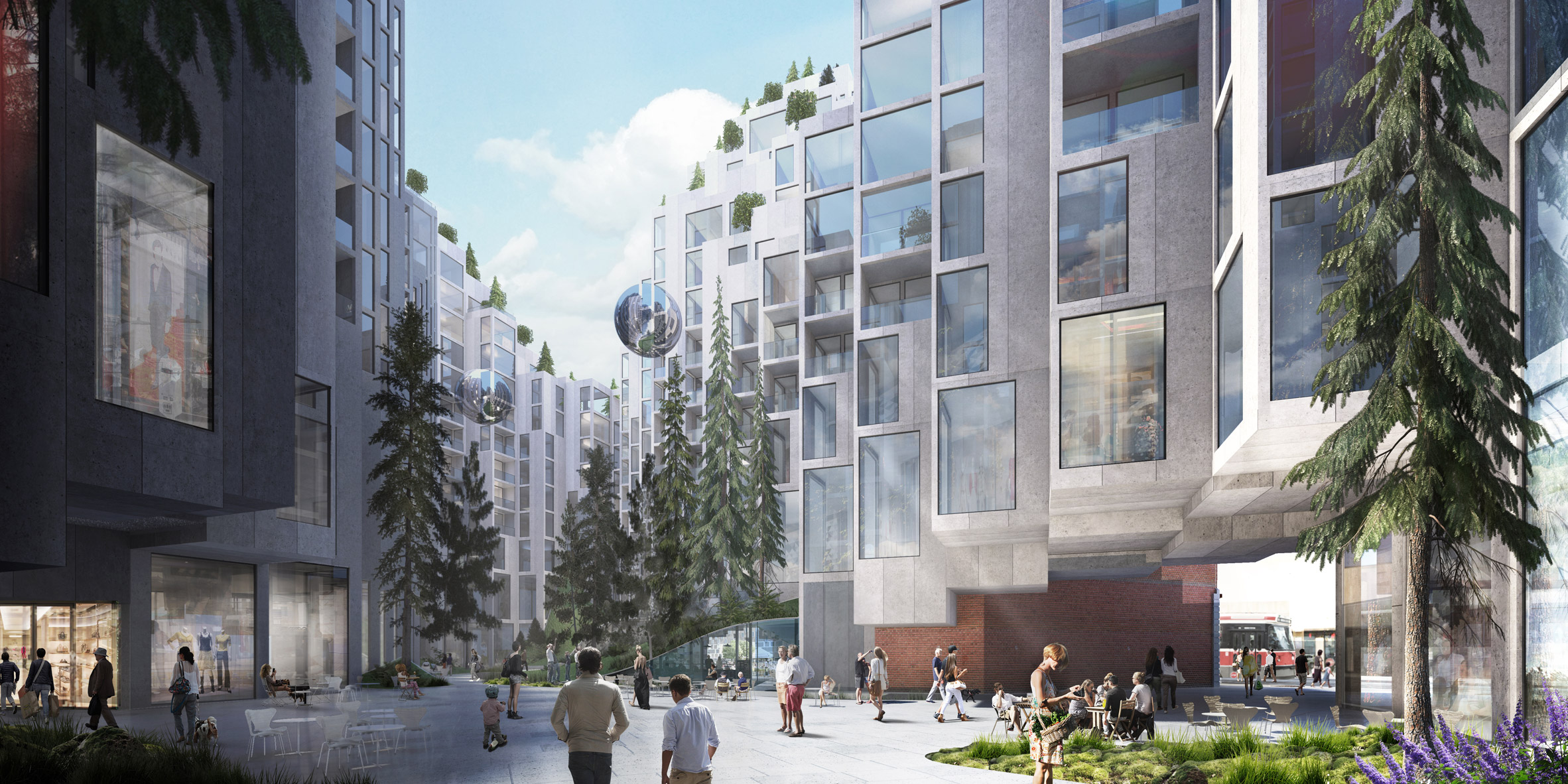 Its wave-like roof will be formed from five “peaks” of various heights, with portions measuring anywhere from six to 13 storeys, according to renderings.

Like Habitat 67, the layout will offer private balconies and terraces for every residential unit – all of which are oriented to have improved access to natural light.

“The topography of the peaks and valleys provides terraces for larger units, while others have balconies stacked along the building’s perimeter,” BIG’s statement said.

“Each pixel is set at the size of a room; rotated 45 degrees from the street grid to increase exposure to light and air. An undulating design allows light to reach neighbouring King Street all year round.” 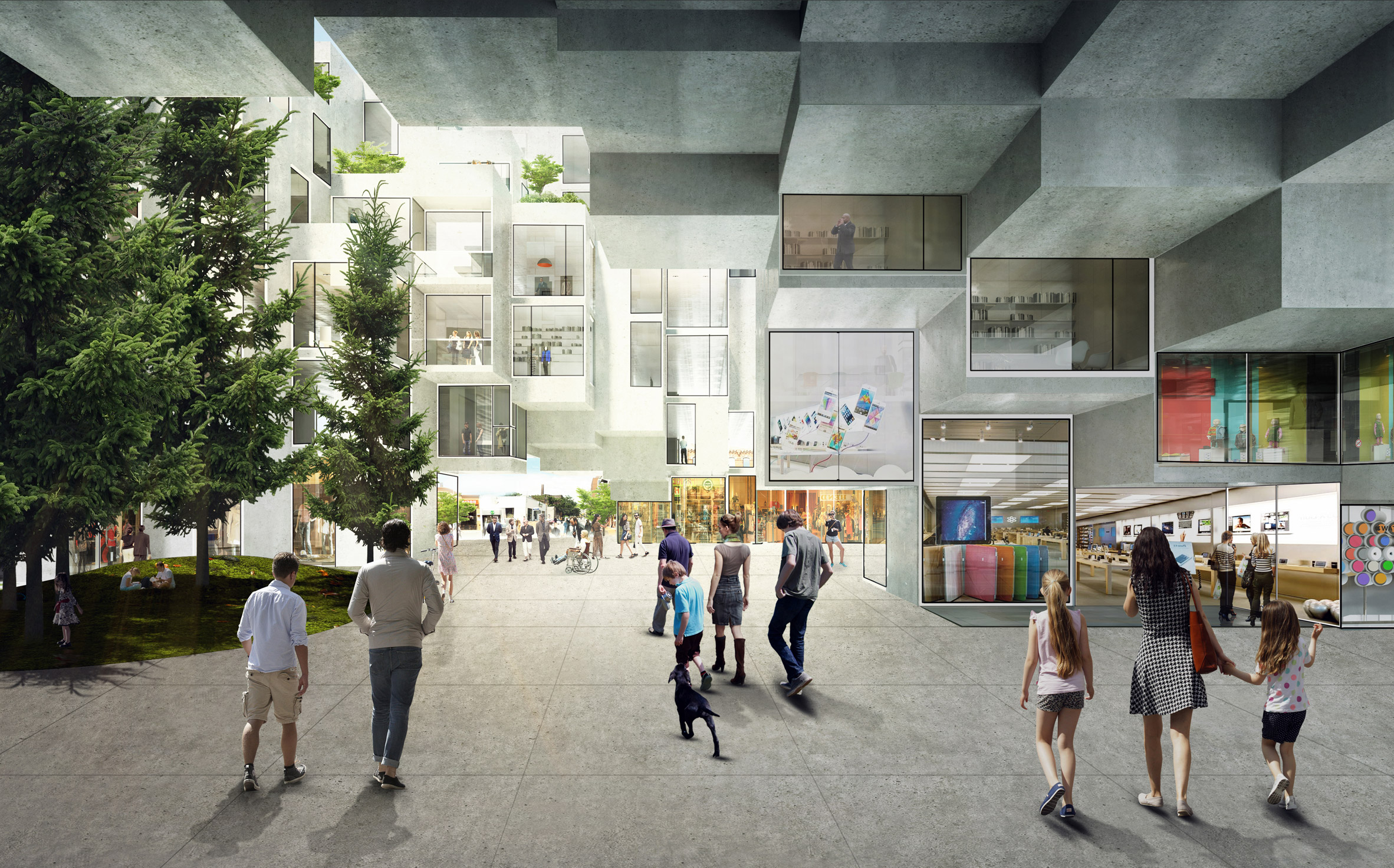 Along with the numerous green spaces, King West Street will include a central courtyard and “the potential for urban farming”, the firm said.

Its hollow core will serve as a public plaza, where a series of ferns will be planted to create an “urban forest”. Public pedestrian pathways will crisscross through the courtyard to connect different areas of the complex. 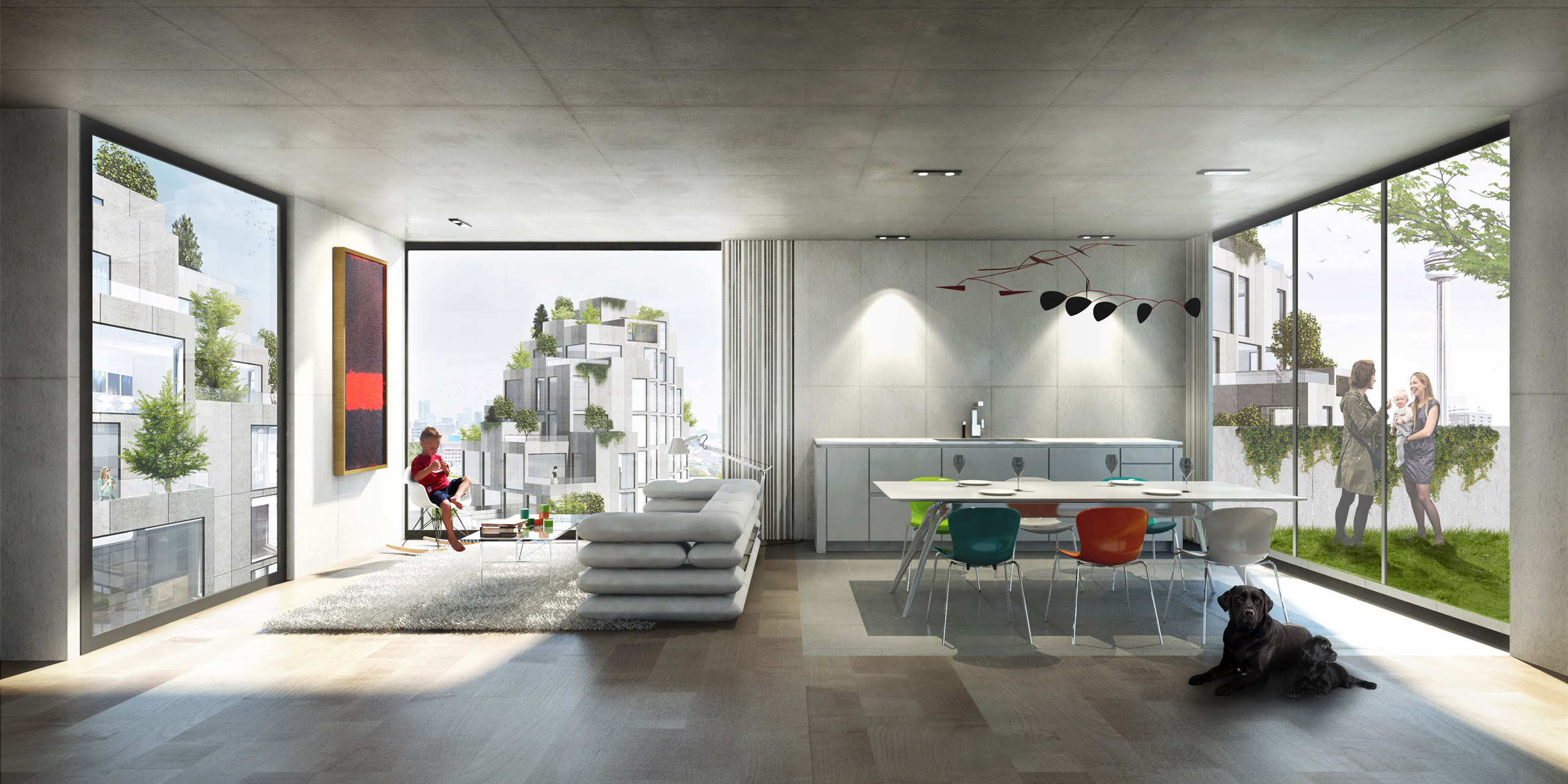 King Street West will also integrate heritage buildings on the site into its envelope. The three historic structure will be left intact but incorporated into the wider volume of BIG’s development.

Areas for retail and offices around the base will correspond with the height of these old buildings, while the residential units will sit on top. 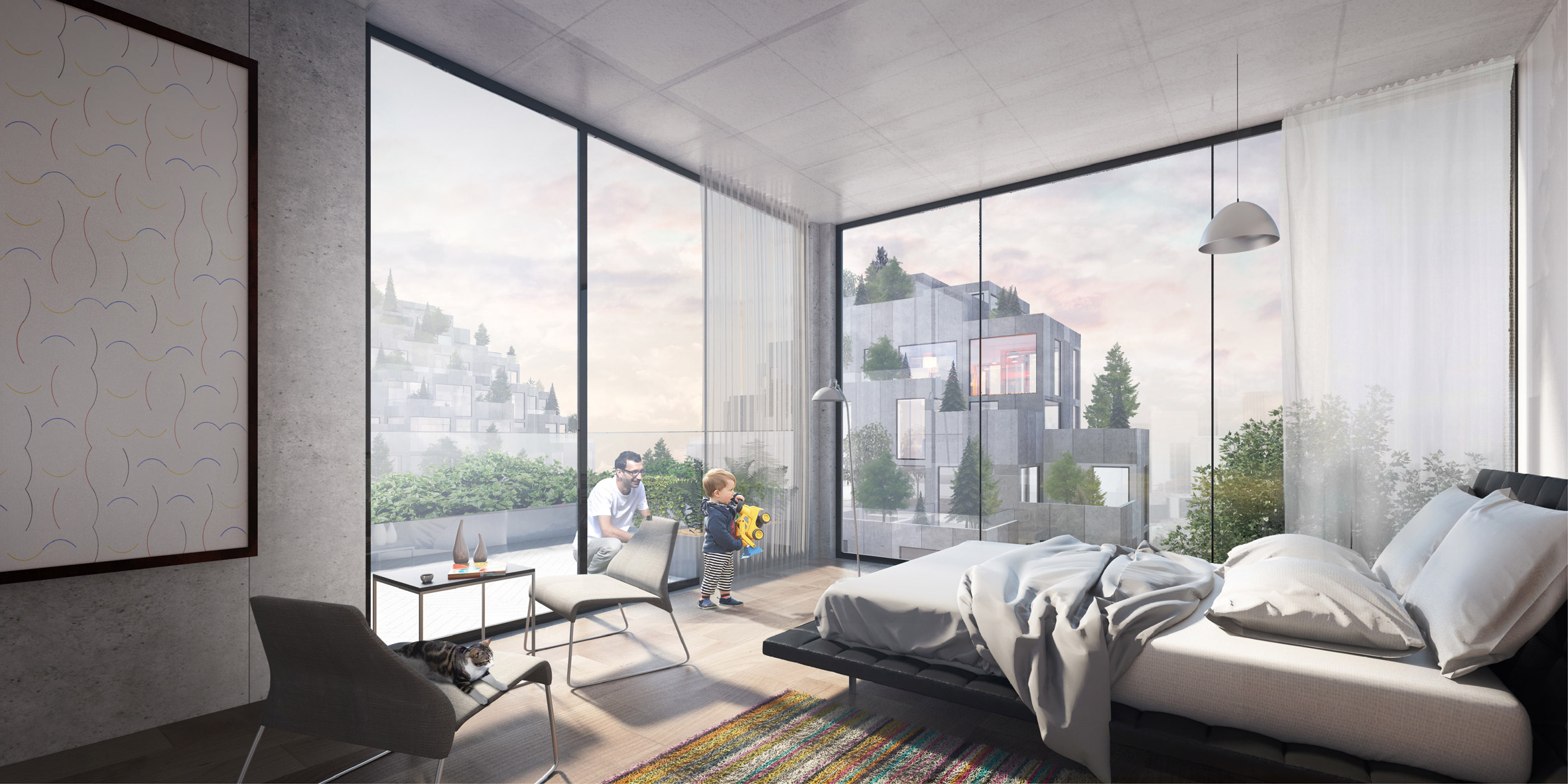 King West Street is planned in collaboration with Westbank Projects, a leading luxury residential and mixed-use real estate development company in Canada, and will be developed by MGM Group.

Ingels’ 2016 Serpentine Pavilion, which has a similar curvaceous yet pixelated form, was recently installed close to the site. 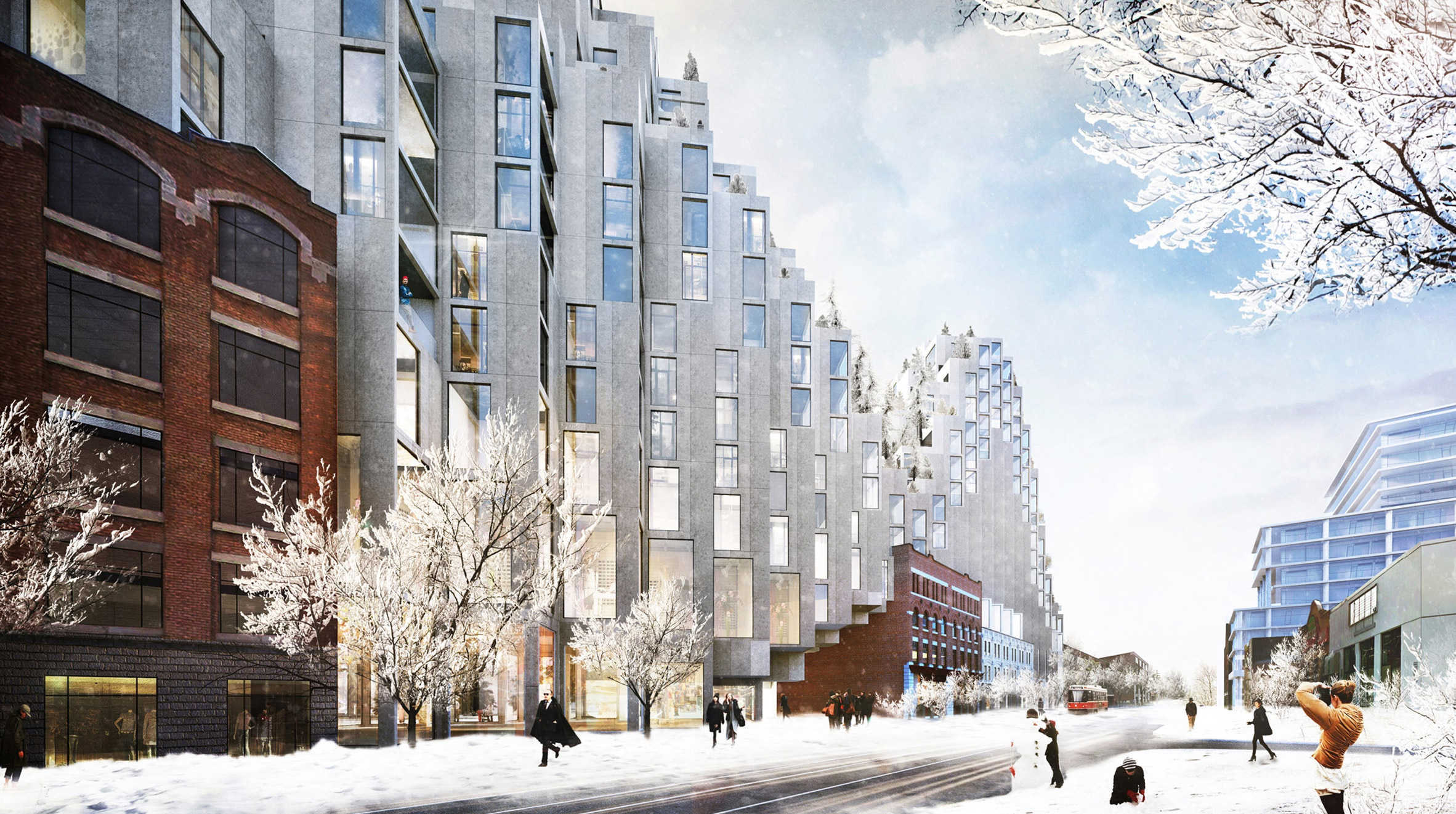 Westbank bought the structure after it was dismantled in London, and originally intended to reassemble it in Vancouver. The company is also behind BIG’s twisting Vancouver House tower that is rising in the West Coast city, and the studio’s Telus Sky building nearing completion in Calgary.

Toronto has its own fair share of new developments, either proposed or under construction. They range from Canada’s tallest building by Foster + Partners and an underground park built beneath Gardiner Expressway, to a “future city” designed by Google’s parent company Alphabet.