Architecture firm BIG has released plans to build a major complex in an industrial neighbourhood of Miami, combining housing, offices, a school and urban farming.

BIG‘s Miami Produce Center will be elevated on columns above a trio of warehouses in Allapattah – a district known for a large open-air produce and textile markets. 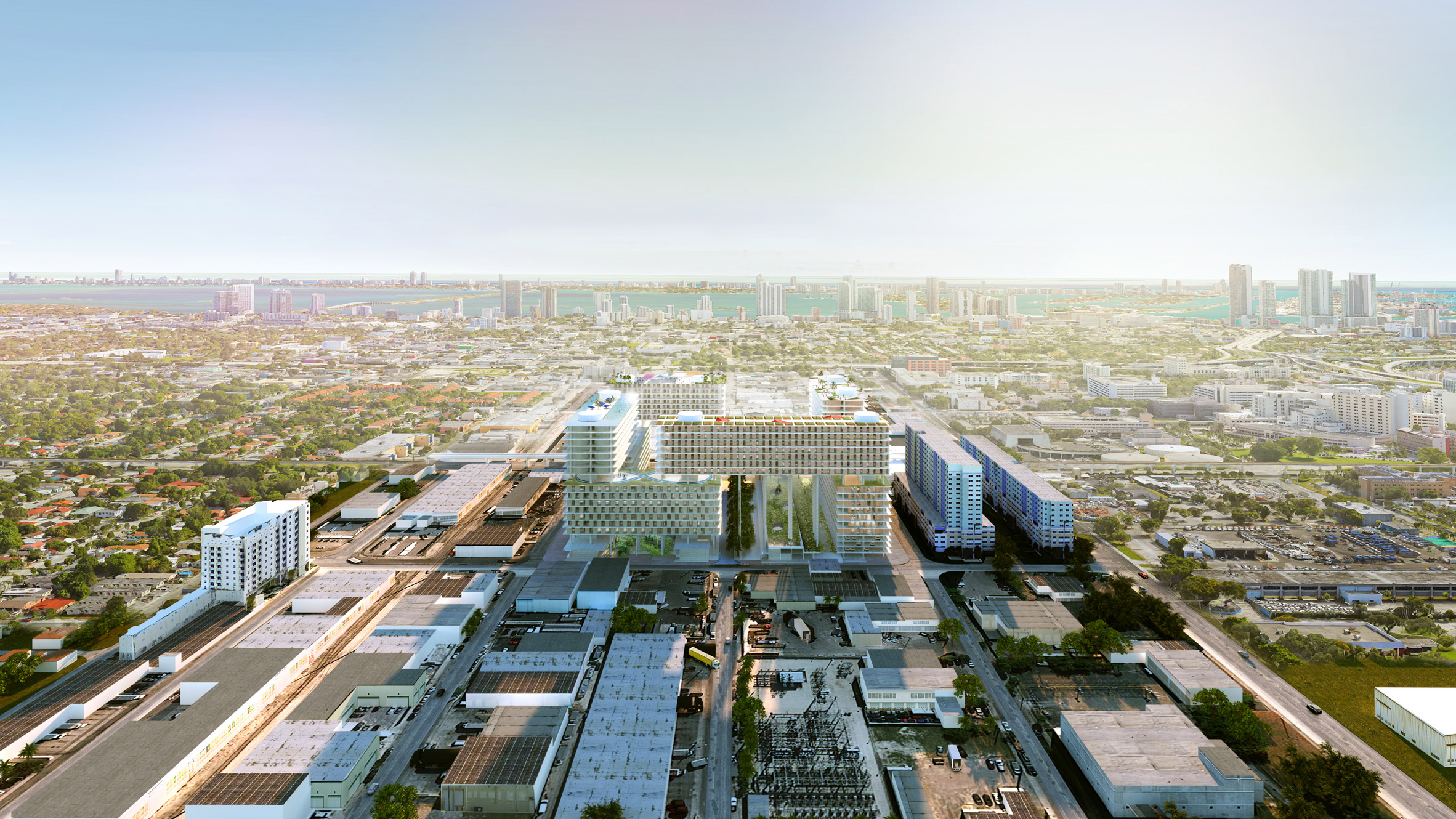 The 125,000-square-metre complex will comprise a stack of eight volumes, containing co-working offices, co-living apartments and a hotel. The three existing buildings traversing the site will also be transformed as part of the scheme into restaurants, shops and cafes, and a school. 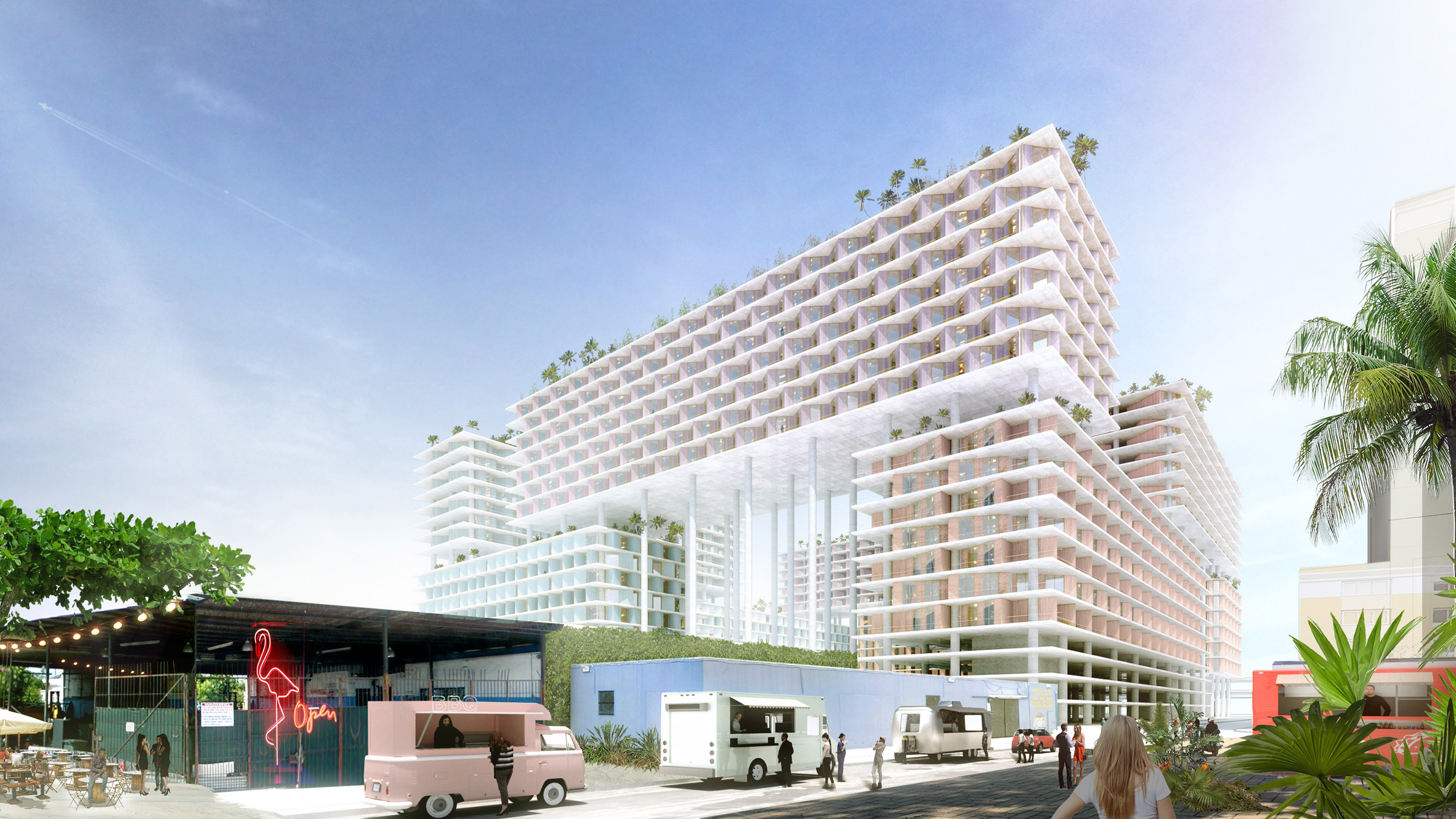 Newly released renderings show ground-level spaces around each structure will be landscaped into gardens. A street will run through the middle of the site, which will include an educational campus. Large expanses of glazing will be added to front of the renovated low-rise warehouses to open up the interiors to the outdoor space. 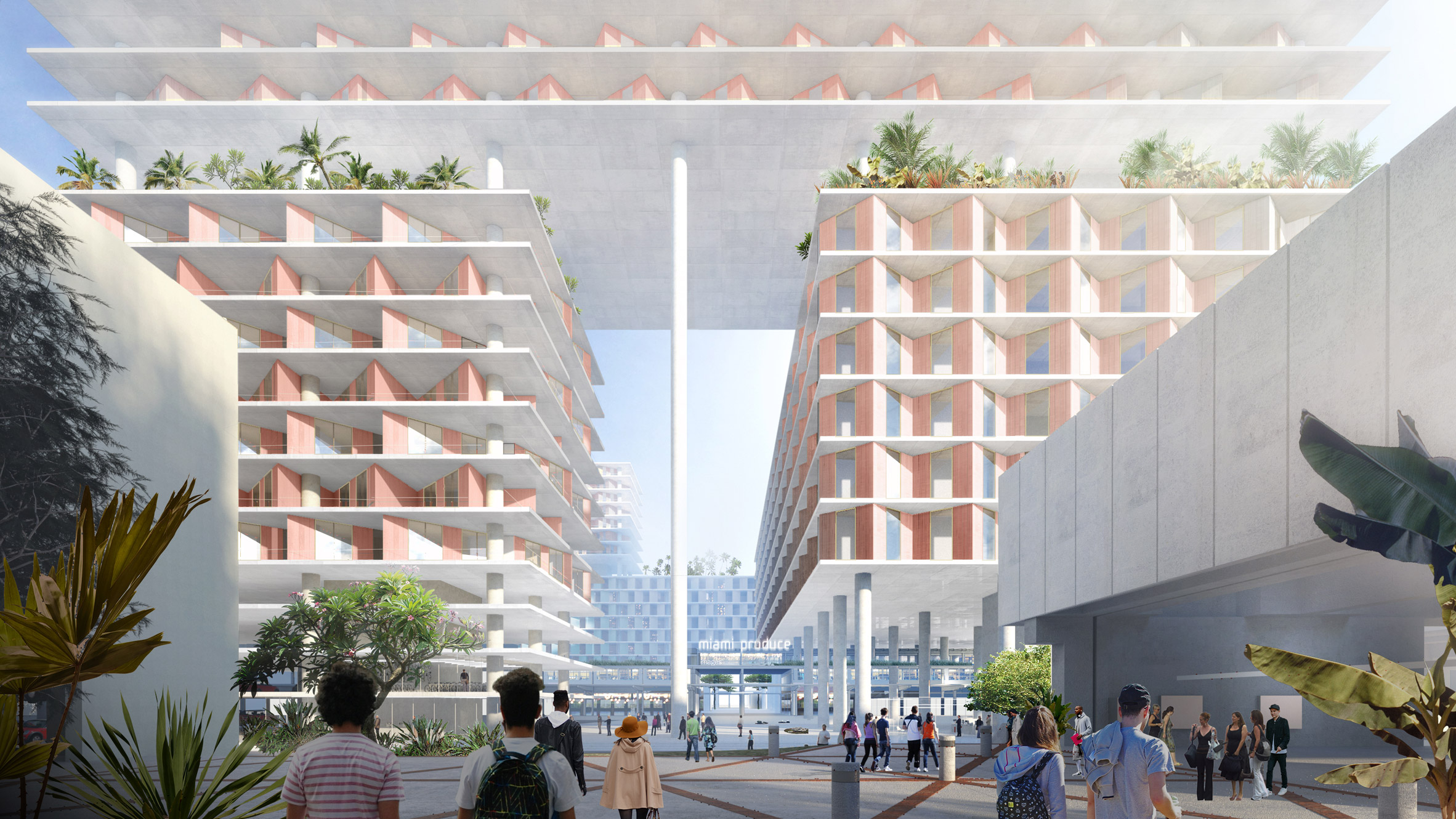 “Between the warehouses, three public spaces will exhibit a variety of lush landscapes that create diverse microclimates and allow the buildings’ programmes to extend outdoors,” said a project description from BIG, which just completed a pair of skyscrapers in Shenzhen.

Four long buildings will then be raised on slender stilts above the warehouses, and arranged around the perimeter of the site. 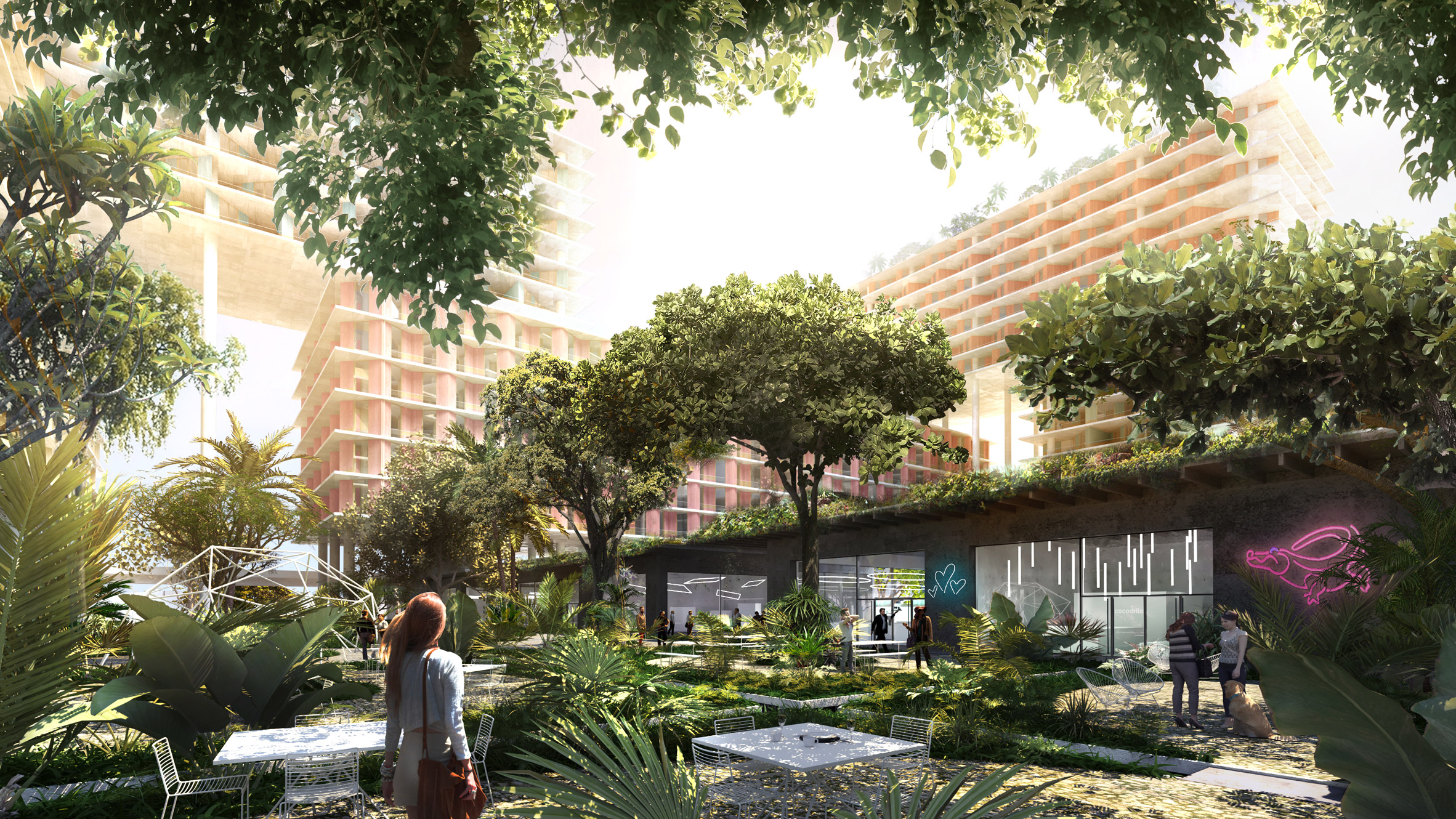 Each will host a different function – one for offices, another for a hotel and two for residences – with outdoor space on the rooftops. The images show sports courts, parkland and rows that suggest vegetable planting. BIG describes an aim of the project as to activate the site with “urban farming”. 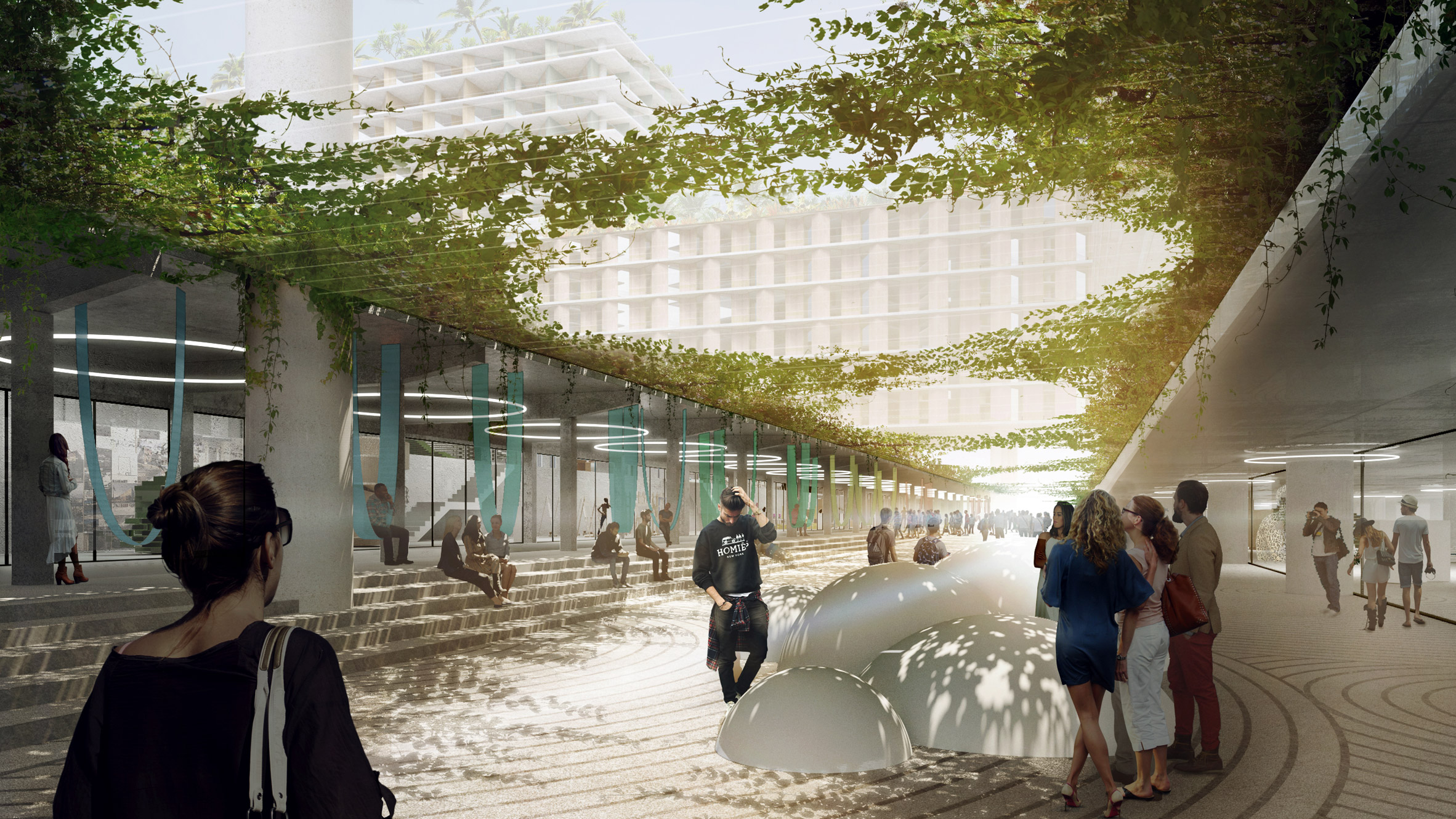 Another four residential blocks will then be built above, bridging the gaps between the lower volumes. These will also be raised on stilts and feature rooftop gardens. 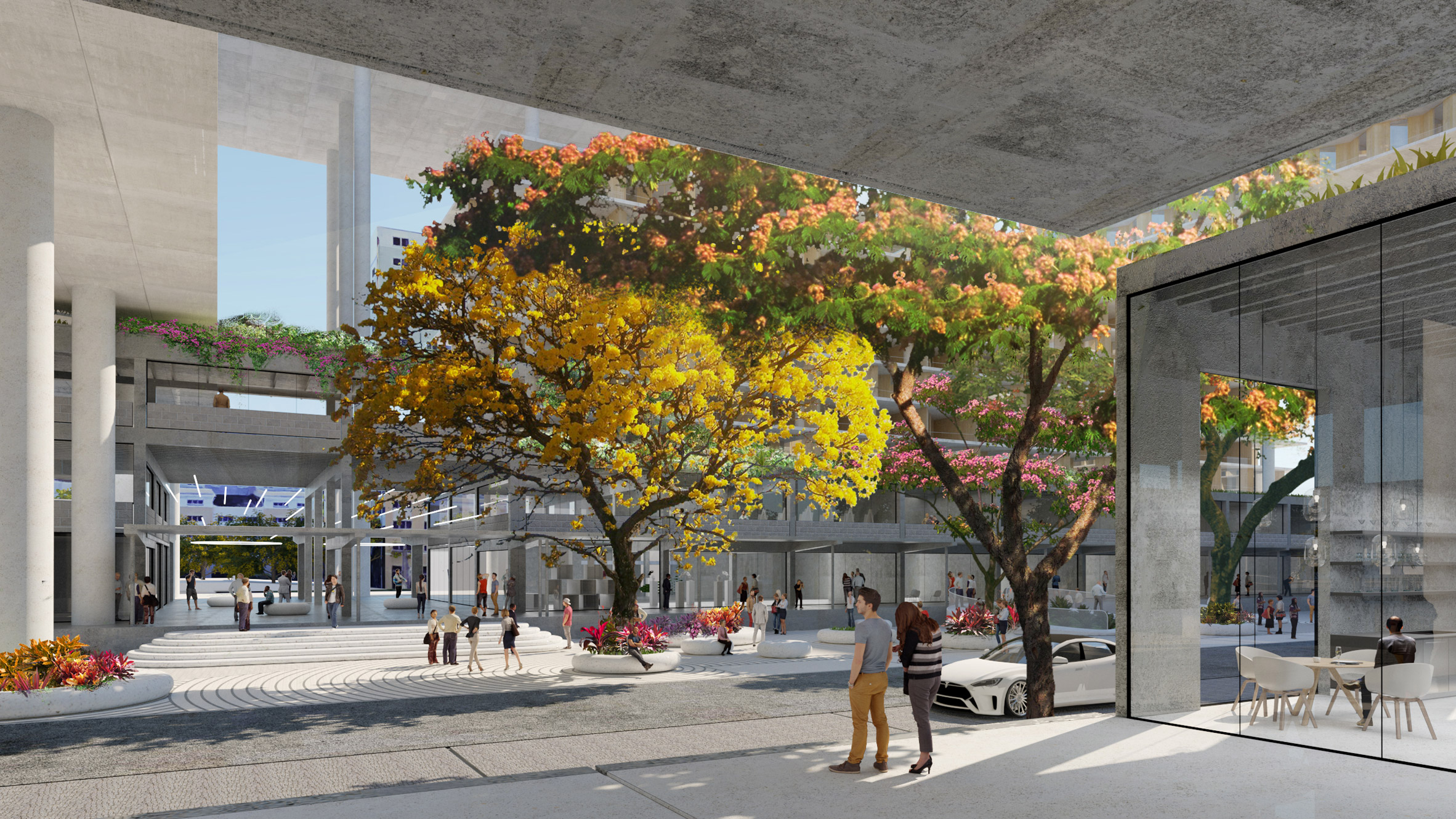 “Large industrial floor plates” will make up the levels in each new building, allowing for plenty of flexibility inside.

Zigzagging walls between the plates will create outdoor nooks, while their offset arrangement will produce patterns across the facades. These walls will be coloured pale pink, orange or blue, depending on their block. 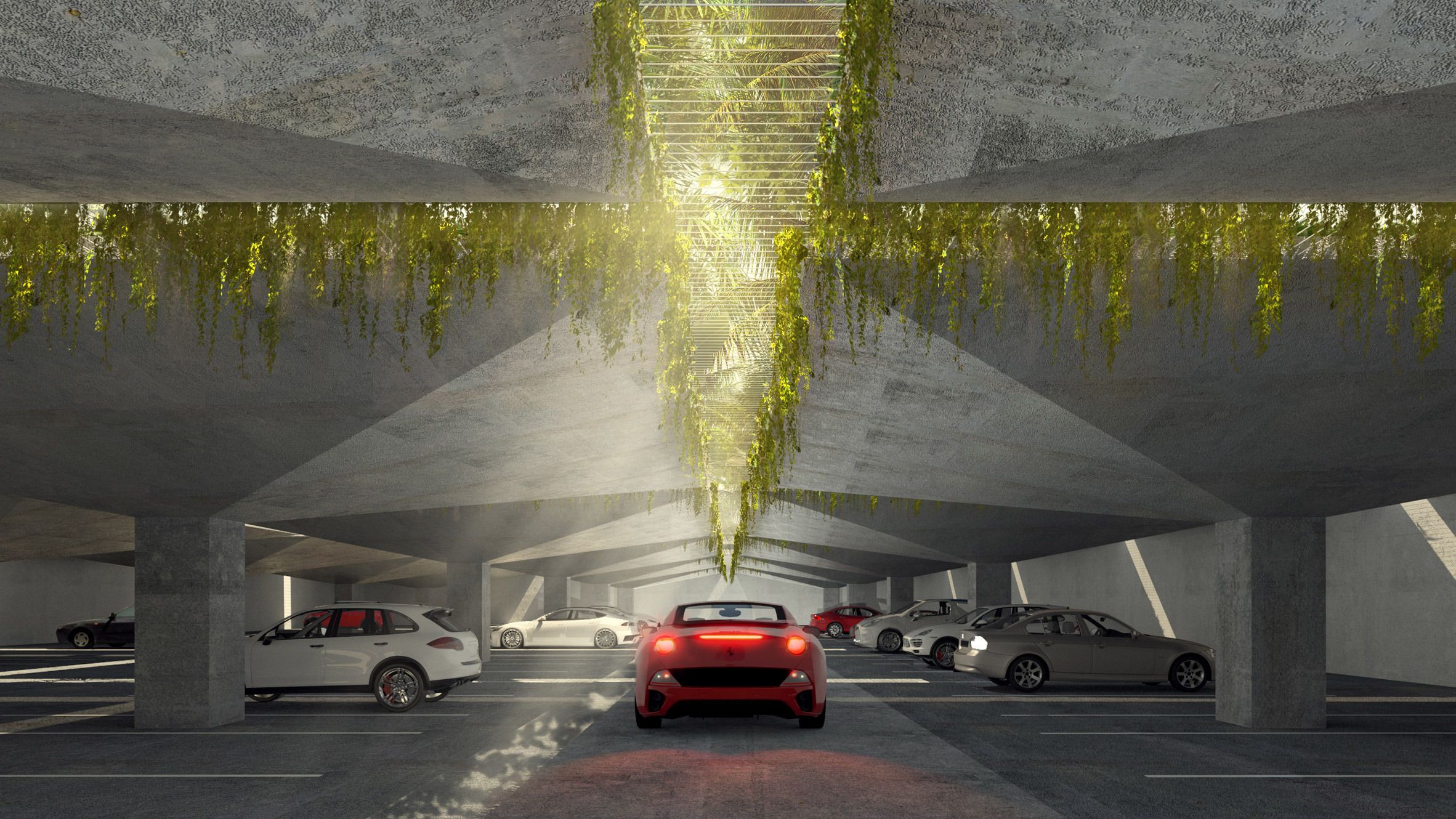 An abundance of planting is planned for the development – from gardens and walkway canopies, to the car park, where greenery will drape through gaps in the ceiling. A night-time rendering of the garage also shows it transformed into a night club. 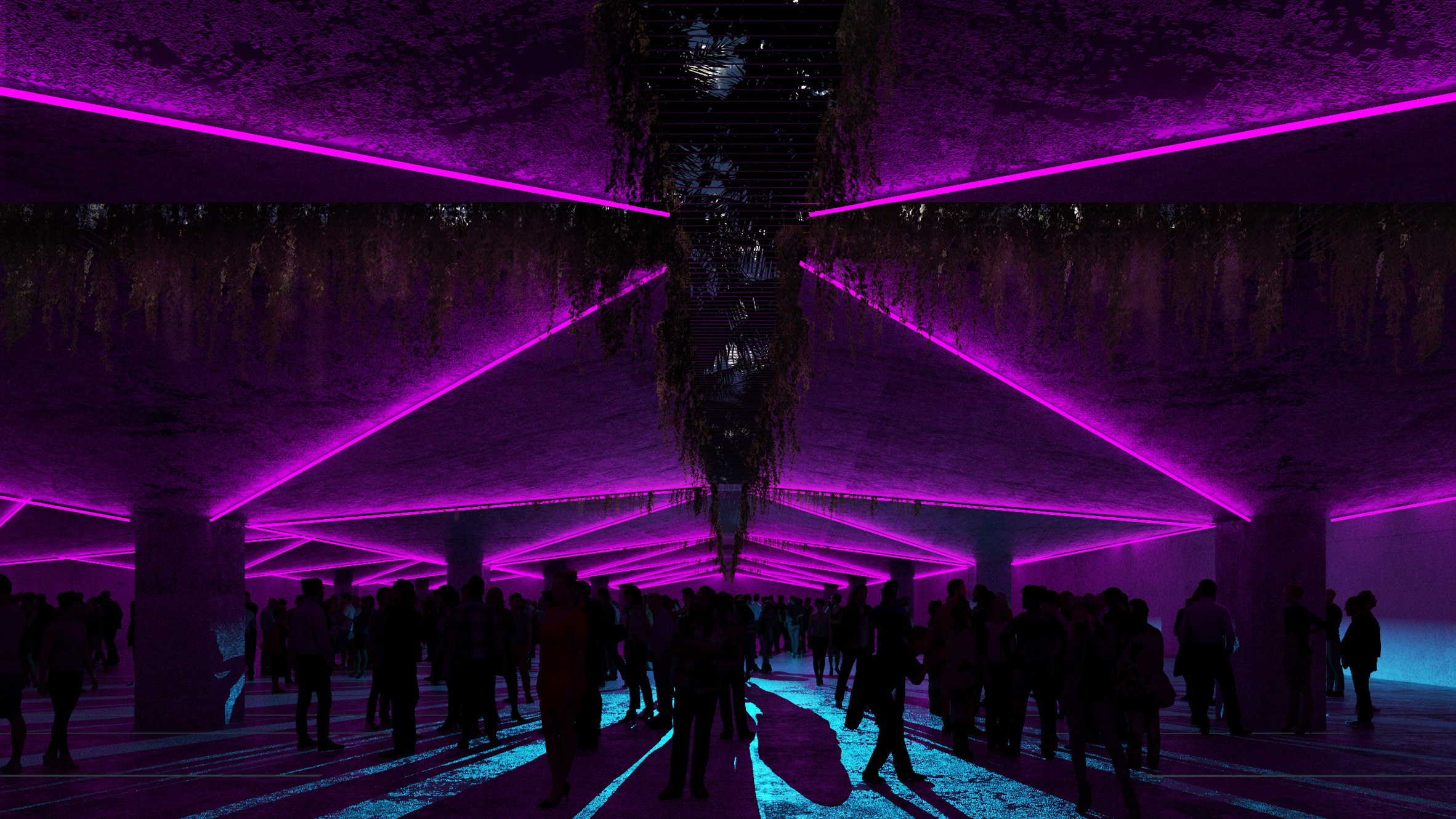 It marks the firm’s second major project in the city, joining the luxury housing development it completed in the Coconut Grove neighbourhood in 2016.

The firm, founded by Danish architect Bjarke Ingels in 2005, is working on several projects across North America. In New York, where it has an office, these include a barrier system designed to protect Lower Manhattan from tidal surges and rising sea levels, and a pair of “dancing” towers beside the city’s High Line park.